Just as the U.S Congress is about to debate the Internet Freedom Preservation Act, and before the Telecom Package discussion resumes later this fall, one could regret that the concept of openness of our communications infrastructure is not more salient in the public debate.

What is about anyway? And why does it matter?

An open communications infrastructure is developed and used according to the concept of network neutrality. Net neutrality relies on the principle that network management should be free of restrictions regarding content, application and platforms, or the kind of device that may be attached to the network. It guarantees that the flow of information that runs trough the communications architecture is neither blocked nor unreasonably degraded by telecommunications operators, so that end-users can freely and efficiently make use of the network. 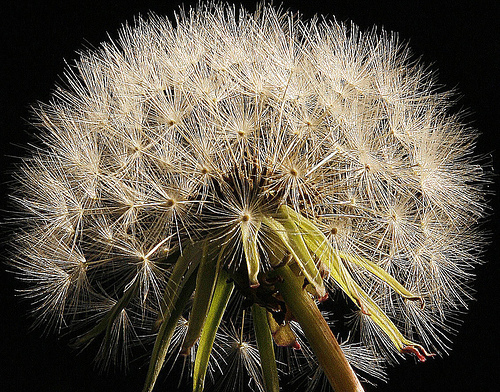 The result of more than 25 years of technological innovation, the wide spread of communication and computations capacities in developed countries is having deep structural consequences in our societies. As every citizen or business-oriented organization can now rely on the openness of the Internet to perform their activities, the production and the circulation of information, knowledge and culture are being democratized. The barriers to entry (now a €200 computer and a €30 monthly Internet connection, as well as users’ creativity) are sufficiently lowered for people to participate more fully into the social, economical and political life. However, for these new modes of participation to thrive, Internet users – whether citizens or businesses – have to retain a set of rights and freedom, which are partly preserved through keeping the network open.

In return, openness will make citizens freer by allowing them to engage in the production of the cultural goods that surround us, which are today mostly controlled by the handful of corporations involved in the media industries. In that respect, net neutrality can achieve a fuller conception of free speech, as the French Constitutional Council asserted in its decision on a law aimed at tackling file-sharing. Finding that the law disrespected the Declaration of the Man and of the Citizen, the Council stressed that free access to the Internet was an instrumental part of the freedom of expression and communication. By doing so, the constitutional judges implicitly recognized that an open Internet provides us with the opportunity to deepen people’s freedom and autonomy, and therefore improves democratic processes.

Also, net neutrality allows for more efficient markets, in which information is not held back by a few companies. Studies show that such new market structures facilitate innovation and competition, as economic actors take advantage of the communications network to launch new services [1]. Incumbent actors in the media and the telecom industries have an obvious interest in perpetuating their control over information and communication networks, and try to do so by, for instance, engaging in overt “wars” against file-sharing[2], or by banning innovative VOIP applications from mobile telecommunications services[3]. These actors thereby attempt to avoid competition in order to protect their dominance on these markets without having to adapt their business-models. However, it should be clear that it makes no sense for public policy to support such endeavors.

The principle of openness is undoubtedly economically viable and coheres with current infrastructure management practices. It is indeed a core element of the regulatory schemes that apply to other infrastructure commons[4], such as transportation networks or energy grids. It is clear that given what is at stake – citizen’s rights and economic -, regulators are legitimate in imposing public interest requirements like net neutrality onto telecommunications operators. The strategic role of broadband networks largely justifies that the architecture of such networks may not respond solely to the telecoms operators’ commercial logic. It is all the more obvious when one considers, for instance, the various public funds aimed at supporting broadband deployment (see for example, the subsidies granted for high speed Internet lines in rural areas included in both EU and national recovery plans[5]).

It is evident that society as a whole benefits from an open network. Of course, we need to find ways of funding the deployment of better broadband communications, which require significant investments. But the upgrade of our communication infrastructure should not be completed at the expense of a potentially enhanced citizenship in the political field, or of effective competition in the economic sphere. The derogations to the principle of net neutrality should remain as minimal as possible, and rely exclusively on unequivocal public interest objectives.

[1] A thorough overview of the way new networked technologies transform markets is offered in The Wealth of Networks, by Yochai Benkler.

[2] For an analysis of the disastrous consequences of such copyright enforcement, see Op-Ed by American legal scholar Lawrence Lessig.

[3] Such strategy is being pursued by telecom operators like Orange and O2 in Europe or AT&T in the United States. These companies have unilaterally decided to disable the use of the Skype iPhone application over their 3G networks.

[4] For an assessment of the socio-economic benefits of open-access provisions in infrastructure commons regulation, see this paper by Brett M. Frischmann.