Could the Internet End Up Killing the Public Sphere?

A few weeks ago, the French Journal Le Débat published a compelling piece by Benjamin Loveluck entitled « Internet: Toward a Radical Democracy?« . The author, who is writing a Ph.D thesis on « the hypermodern individual and the genealogy of contemporary media regimes” (sic), successfully locates the recent developments of the internet within the history of liberal-democracies. 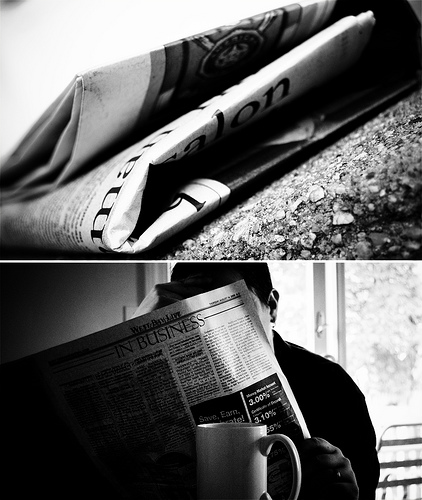 He demonstrates that although the internet is based on humanistic and democratic ideals, it could also undermine some of the very tenets of our societies, such as the positive role the media plays in organizing the public sphere (which is entangled with any sound democracy and dependent on the free circulation of information).

First, the author shows that the internet is rooted in the philosophy of human rights. Its architecture reinforces the principle of equality, from which democracies originate, by allowing people to participate on an equal level and by suppressing “intermediary bodies” (i.e institions traditionally in charge of educational and cultural transmission or some sort of political representation). A giant agora, the internet theoretically brings transparency, equal participation and infinite access to information and represents a unique space for deliberation, without the traditional flaws of representative democracies.

This perfect picture is, according to Loveluck, at the very basis of the Internet. He goes on to outline the philosophy that guided its early development in the 1960s and 1970s, when top researchers with libertarian ideals, like Richard Stallman (founder of the Free Software Foundation), envisioned a new medium that would rely on an ideology of freedom of information and creation.

In that sense, now that cultural goods extensively circulate on the internet, current debates on intellectual property and “piracy” can be understood as the rather merciless confrontation between these founding principles and the way cultural industries have been functioning for the past half-century (exerting tight control over creation, reproduction and circulation of cultural goods).

Adding his voice to this debate and drawing up on Lawrence Lessig’s works on intellectual property, the author notes that the existing legal framework “[tends] to impoverish public domain and create more and more benefits for editors, producers and distributors, at the expense of creativity”. Rather, in the digital era, “a living culture is a culture that allows for, within certain limits to be determined, copy and remix”. Therefore, the author believes with Lessig that the full empowering, democratic potential of the internet has yet to be unleashed.

But far from taking an overly optimistic view about the very nature of this technology, Benjamin Loveluck makes interesting remarks about its consequences on the public sphere. The internet, given that it represents a unique tool for organizing and circulating information, could be seen as the ultimate democratic medium, granting citizens access to a wide variety of news source and thus enabling informed political decisions. So it first appears as an undeniably more efficient system to organize political discussion than today’s media. However, the author invites us to consider how information is being organized on the internet and how it affects the particularly important kind of media that is professional journalistic news.

On the web – the « universe of the free » – content industries’ business models are most often based on advertising. For that reason, websites have a strong financial incentive to maximize their audience. A set of features – from Google’s PageRank system to the “most popular” section found on the New York Times website – aim at making sure that the more a page has been viewed, the more likely it is to be seen again, for it is assumed that it will correspond to what most other users want and generate traffic. The direct consequence of this is that on the internet, more and more, users decide what information gets valorized.

From the author’s point of view, while it might seem as though there are good philosophical and economical reasons for being so, this phenomenon could bear significant danger. The information people access does not depend on editors in chief’s choices anymore but, to an important extent, on the different technological and economical parameters that regulate the way people browse the web.

In a much-commented Op-Ed, German critical theorist Jürgen Habermas adresses these questions. His response to both is clearly “no”, as he explains what is at stake in the ongoing journalism crisis :

The public sphere does its part in democratically legitimatising state action by selecting objects relevant for political decision-making, forming them into issues and bundling them into competing public opinions with more or less well-informed and reasoned arguments.

In this way, public communication is a force that stimulates and orients citizens’ opinions and desires, while at the same time forcing the political system to adjust and become more transparent. Without the impulse of an opinion-forming press, one that informs reliably and comments diligently, the public sphere will lose this special type of energy. » (my emphasis).

So on the one hand, the internet, arguably the most advanced communication technology ever invented, allows for the emancipation of the individual and the democratization of the “means of production and circulation of information”, fostering deliberation in liberal democracies (which is at the core of Habermas’ political theory). But on the other hand, the internet could eventually undermine the capacity of the information produced to act as an enabler for citizenry to positively engage in their political community, by reinforcing older structural problems faced by the newspaper industry (which has this unique function described by Habermas in vitalizing the public sphere).

The philosopher argues for some kind of public intervention to make sure that high-end journalism can remain free from damaging market constraints and carry on its fundamental role in democracy:

One-off [State] subsidies are only one possibility. Others are foundations with public participation, or tax breaks for family holdings in this sector. These experiments already exist elsewhere [see for example ProPublica], and none of them are unproblematic. But the first step is getting used to the very idea of subsidising newspapers and magazines. »

Another less radical solution could come from the actors themselves. Google and newspapers owners should engage in further discussions in order to find a way to cooperate, so as to sustain this fundamental public good that are journalistic news. Eric Schmidt, Google’s CEO, recently said in an interview that he is willing to do just that. Nevertheless, as he righlty points out, most of the answer will have to come from the newspapers themselves. They will have to successfully rethink their role in the emerging media ecosystem, regain citizens’ trust, and adapt their business models as they migrate online. They need to find a way to coexist with new forms of media that reinvigorate democracy. This is of the utmost importance if we are to build an internet that empowers people without impairing their capacity to take charge of their collective destiny.

Photo on Flickr by jk5854 under Creative Commons License.