Regulation : The Internet is not TV 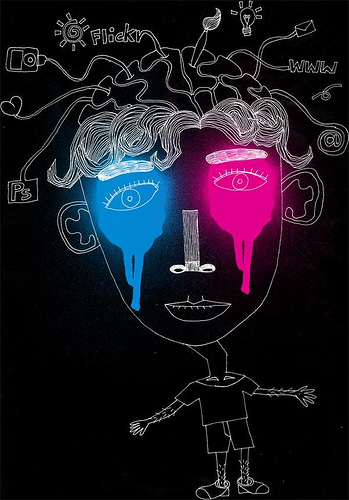 As some telecommunication companies slowly turn themselves into producers and distributors of media content, new issues arise for competition regulators. Public officials have hinted at several ways of dealing with this issue. On the one hand, market regulators are keen on maintaining a clear differentiation between these two sectors. On the other hand, some government officials seem willing to accept greater interconnections between them. For example, France is considering merging two agencies that regulate the media (TV and radio) sector and the telecom sector as well as extending audiovisual regulation to the internet. However, such a move would probably turn out to be detrimental to both the role that the media play in the democratic process as well as technological innovation.

The media and the telecom sector, even though they complement each other, respond to different needs. Historically, different regulations have been applied:

–    media regulators apply ethical rules in order to guarantee that market forces do not jeopardize the peculiar role that the media play in our democracies, thus protecting citizens.

Yet, the current evolution of the telecom sector risks undermining both forms of regulation. Things started to heat up in February when Orange bought broadcasting rights for the high-profile weekend games of the French soccer league. It outbid Canal +, the TV network owned by the media conglomerate Vivendi and traditional broadcaster of the French league. Last Spring, Orange also passed an agreement with HBO, Warner and Gaumont that grants the French telco company exclusive broadcasting rights over part of their catalogs. Thanks to this strategy, Orange seeks to propose attractive movies and TV shows to its mobile phone and triple-play subscribers (combined fixed-line, internet and phone services) through its video-on-demand services.

This was a much-commented entry in the content industry. Canal + voiced concern that Orange was invading the media sector, outbidding traditional actors (TV channels) and gaining leverage power thanks to the revenues generated by its dominant market position in the telecommunication industry. It had good reasons to denounce Orange strategy. A couple years ago Canal +’s owner Vivendi started consolidating its position on the telecom sector through its shares in a pay satellite distributor (Canal Sat) and a mobile phone company (SFR). Through this consolidation process, the European Commission forced the media giant not to discriminate against other ISPs equal treatment with respect to access to television content owned by Vivendi. A direct consequence of this regulation is the fact that Orange is now able to distribute Canal + programs to its clients.

Various other safeguards also aimed at making sure that Vivendi’s presence on the whole value chain of content production and distribution did not annihilate fair competition. Indeed, regulators have outlined a number of problems arising from such market distortion:

– If a telecom operator is able to use access to content as a way to make its own network more attractive to consumers, then competition in the telecom sector, normally based on technological innovation, diminishes. Less money is directed to networks investments and prices are likely to go up. It creates the same kind of market distortion as tying.

– But this sort of tying is only possible for the telecom companies that already have a dominant position on the market. Indeed, it is dubious that any « pure » content distributor (like Canal +) would have any interest in granting an exclusivity to a smaller operator, given the fact that it needs to reach out to as much audience as it can (after all, advertising is still a prevailing part of the media industries’ business model). Hence, granting exclusive broadcasting rights to telecom operators comes down to reinforcing dominant players, which seems incompatible with the aims of competition policy.

However, while Orange turns into a content producer, it is not bound by any commitment, and Canal + rightly sees this situation as unfair and therefore asks for competition regulators to intervene so that all ISPs are allowed to distribute Orange’s programs. Consumers too have a clear interest in making sure consistent competition is preserved in the telecom sector.

But the current situation is not only unfair to consumers and Orange’s competitors. It also poses a more societal problem. Indeed, if the media market becomes fragmented along telecom operators’ market shares, citizens will be impaired as well. Content industries do not sell a traditional commodity. They entertain and inform people, creating symbols on which our culture develops and according to which opinions and values are formed. The media trade « ideas », and it is important to ensure that these ideas circulate as much as possible. In the digital age, it is nonsense to perpetuate economic models based on scarcity when the price of reproducing cultural goods is virtually nil. Market regulation instruments, such as competition law or intellectual property, should aim at making sure that the Universal declaration of human rights’ article 27 – that provides that « everyone has the right to freely participate in the cultural life of the community, to enjoy the arts and to share in scientific advancement and its benefits« – is respected, in so far as it does not discourage cultural creation (creator have to be rewarded). Access to such peculiar commodity should be fostered, not deterred, by guaranteeing fair competition between market agents.

In my view, in oder to promote a wide access, it is better to maintain a clear distinction between the telecom and the audiovisual sectors by :

– Limiting the scope of exclusive agreements between content editors and telecom companies.

– Maintaining two separate regulations for each market in order to avoid confusion in the way different regulatory principles are implemented. Foreign examples show that otherwise, it us likely that the subsequent regulatory body will eventually loose track of these different logics. Ofcom, the British audiovisual and telecom sectors regulator is striving to give sense to its concept of « citizen-consumer ». The US Federal Communications Commission, which also supervises both sectors, has also been widely criticized for overlooking the consequences of its telecom market regulation on the public interest.

Unfortunately, in Europe and in France especially, some policymakers seem oblivious to the fundamental distinctiveness of the internet and assimilate it to older, mostly top-down media (press, radio, TV). On many issues (radio spectrum management, advertising), they see that the media industry is loosing ground while the telecom sector boasts colossal profits, as people drift away from traditional media and illegally access cultural goods through downloading. They accuse the telecom sector of capturing value from content industries. As a consequence, these elected officials consider that it is natural that the telecom should be taxed to, say, help funding public broadcasting (as an important bill currently examined by the French Parliament provides). According to them, Internet Service Providers should also collaborate with content industries and bear the costs of hunting down « pirates » (copyright infringers) by monitoring networks.

An old industry is in shambles, and many politicians blame the digital revolution. They think that they can protect it by infusing more regulation in order to preserve old business models. They actually treat new technologies as a threat when they should seek to adapt current regulatory instruments, like intellectual property, so that society can fully benefit of the fantastic opportunities they bring for consumers and also, more importantly, for citizens.

Photo on Flickr by M Name is Rom™ under Creative Commons License.