The Freedom to Digitalize Revolutionary Powers

In On Liberty (1859), philosopher John Stuart Mill reflects on the potential coercion that could result from democracy and more especially from what Alexi De Tocqueville called the “tyranny of the majority”.
In this work, Mill formulates a very convincing plea in favor of free speech. According to him, only by discussion can we test the validity of people’s beliefs and only by dialectic can we succes 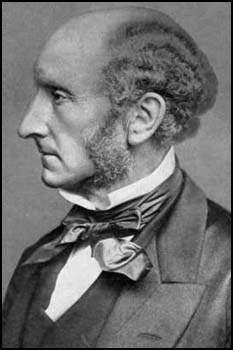 sfully undermine false and dangerous ones. And if a given opinion contains some truth, by preventing someone from expressing it we deny society the possibility to benefit from it. Besides, for Mill, the diversity of opinions is valuable in that is allows for greater confrontation between divergent voices and a thus improved public debate. This is something worth reminding for those who still doubt of the positive effect of the internet in the democratic process.

Mill also addresses the way power should be structured in society. To protect freedom and individuals’ self-development, he recommends « the greatest dissemination of power consistent with efficiency« . Now media’s power is arguably the most prominent in modern democracies, but for several reasons mainsream media tend to convey a rather uniform « opinion ». One of these reasons is concentration, the fact that fewer and fewer corporations own media outlets. Inevitably, this economic evolution has clear effects on politics at large, since mechanisms guaranteeing editors’ independence often lack in the industry. However the point is that today, new technologies poentially allow for a greater circulation of opinions. And although a sound democracy will always need professional journalism, these technologies bring the cost of producing information down so that broadcasting is not necessarily enslaved by financial factors. Therefore, if information is power, then the internet disseminates power. This is something everybody can witness, something that Mill would have praised, and something we should all make a point of defending.