I talked about Nicholas Carr’s article a few days ago. According to his piece (Is Google Making Us Stupid?) the web is affecting our cognitive abilities. We are now fed with tons information but seldom sit and reflect about them; we google things but rarely research or memorize them anymore. Carr argues that this constant flipping through is dispossessing us from complex reasoning. He then draws a parallel between taylorism, where the human becomes an instrumental part of a mechanical process of industrial production, and the way we growingly rely on Google to think. 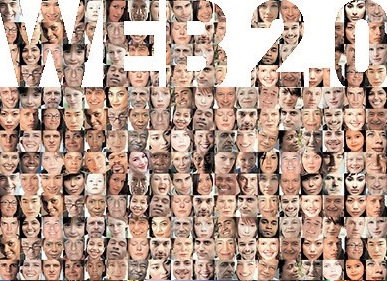 But it seems to me that we must also recognize some of the web’s other revolutionary aspect to mitigate Carr’s claim. For the net has something fundamentally peculiar: It is a social technology.

In the 1930’s,and 1940’s the scholars of the Frankfurt school started analyzing the development of science in modern society and they were not too happy about it. These thinkers had to flee Germany because of the rise of nazism and directly witnessed the deviation of « Reason ».
Enlightenment was the 18th century’s big promise. This, we were told, would be achieved by knowledge. The latter, according to the Kantian conception, would develop thanks to “the public use of reason”, which allowed for a dialectical inquiry that was to lead to man’s emancipation. Knowledge was a mean.
However, Adorno and Horckeimer, both from the Frankfurt school, noticed in The Concept of Enlightenment (1947) that knowledge had become an end: “Knowledge, which is power, knows no obstacles: neither in the enslavement of men nor in compliance with the world’s rulers”. Indeed, with the sacralization of science came man’s loss. Reason transformed into mere rationality, emancipation was replaced by oppressive systems, like taylorism. “The individual was reduced to the nodal point of the conventional responses and modes of operation expected of him”; he had to act like the mathematical function of a system on which he had no control.
Rationalization had soon migrated by isomorphism to all domains of society, from science and philosophy to the economical sphere, then to the political sphere and the whole civil society, and so emerged totalitarian societies. Rules and norms invested every aspect of people’s lives, and they eventually lost their freedom. Enlightenment reduced to rationality had become deprived of all meaning. No meaning, but a necessity: knowing and controlling. Modernity and rationality were two ideals that justified a whole system based on domination.

I agree Google’s hegemony in organizing people’s activity online can be dangerous if left unchecked. We need remaining cautious about how its algorithms control information. But the net is no taylorism. Indeed, it remains flexible and -so far- largely uncontrolled. Online, people are able to access and disseminate information and content. They can create their own social systems in which they nurture rich interactions. Contrary to taylorism, this new system encourages subjectivity. Contrary to old, corporate media, it allows for a much diverse range of information and opinions to be voiced. It does not destroy humanness, as some interpretations of Carr’s argument might suggest, but rather brings into actuality man’s nature of “political animal”. True, it is a technological system, but its peculiar interactional nature makes it a space that welcomes and revitalize « the public use of reason ».

At least it can do all these things. I don’t forget that any technology is only as good as what we make of it, and that all these positive potentialities depend on how we as a society regulate the internet.
So I am not saying that we should relax and dismiss the threat the net might represent for human intelligence. I simply mean to point out significant differences between taylorism and “googlism” so that we don’t throw the baby out with the bath water.