The French legislative bill aimed at granting a public agency the right to suspend people’s internet connection if they are suspected of copyright infringement has been turned down by the European Parliament, which resumed session earlier this week. 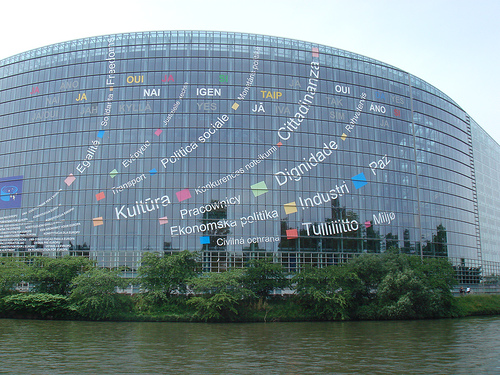 Voting on the telecom package – a piece of legislation that regulates the EU electronic communication sector – the Parliament adopted by an overwhelming majority (574 to 73) amendment 138 tabled by Guy Bono, Daniel Cohn-Bendit, Zuzana Roithová and others that stipulates that members states should be

applying the principle that no restriction may be imposed on the rights and freedoms of end-users, notably in accordance with Article 11 of the Charter of Fundamental Rights of the European Union on freedom of expression and information, without a prior ruling by the judicial authorities, except where dictated by force majeure or by the requirements of preserving network integrity and security, and subject to national provisions of criminal law imposed for reasons of public policy, public security or public morality. »

Cultural industries had been lobbying MEPs for the past weeks to promote amendments that gave member states the right to implement measures aimed at filtering the Internet in order to spot and punish illegal downloading. Instead, the European Parliament took the opposite stance and ended up reasserting that intellectual property protection does not justify measures that violates civil liberties, such as freedom of communication. The Parliament already embraced this position back in April when it adopted a legally non-binding report on European cultural industries.
The French Ministry of Culture and copyright holders organizations immediately claimed that amendment 138 does not compromise their plan. French Motion Picture Association stated:

The scope of this amendment is limited by European community law. Indeed, a directive cannot challenge the regime of rights and fundamental freedoms, which falls solely on the Charter of Fundamental Right, the European Convention of Human Rights and Member States’ constitutional law”.

This statement, by suggesting that the Charter of Fundamental Right, the European Convention of Human Rights and Member States’ constitutional law could go against the above-stated amendment completely disregards European jurisprudence. I really don’t see how proponents of the plan could push it through if the amendment is maintained by the European Council (which is EU’s colegislator).

A few hours later, the European Parliament also adopted a resolution on media concentration and the blogosphere, which is based on a report published in June (see previous post). On this latter point, it only calls for a discussion on bloggers’ status, whereas the report mentioned “a clarification” of bloggers’ status. This wording sparked a big controversy in the blogosphere, and most especially in Sweden, a country that prides itself of being extremely committed to freedom of speech. The Parliament proved itself wise enough to take European citizen’s concerns into account.

Speaking of Sweden, the center-right government has announced a watered down version of the FRA law (see previous post) after a vast civil society movement over the summer. The proposal now seems to include sufficient democratic guarantees.

UPDATE (31/01/2008): The EU Council reached an agreement on the package and got rid of amendment 138. However, Member-States also decided not to legiferate on the graduated response and other content-related issues (although important privacy concerns remain). Instead, the Commission is expected to launch a consultation on the possible clarification of the E-commerce Directive, which will adress internet file-sharing. The second reading in Parliament on the Telecom package, scheduled for March, could nonetheless see the reintroduction of provisions dealing with the « graduated response ».

Photo on Flickr by Aoife Cahill under Creative Commons License.