Sweden and the Information Society: A Step Backward

Sweden is considered as a leader of the information society. The country boasts one of the best broadband networks in the world, 80% of households have an internet connection and it is heading towards progressive policies on file-sharing (thanks to rightholders in particular). In addition, Sweden has taken the transparency lead in the European Union as it has successfully convinced its partners to implement principles of government openness in the functioning of EU institutions since it entered the EU in 1995.

A law passed on Wednesday, however, appears as a huge setback for both the information society and political transparency. The Swedish Parliament, the Riksdag, narrowly passed a surveillance law 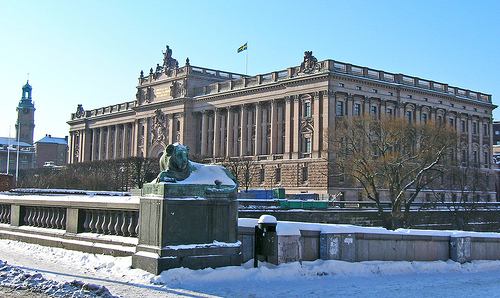 that will authorize a governmental agency to process and analyze internet and phone communications coming in and out of the country as soon as January 1st, 2009.

Although the Government claims the law does not threaten Swedish citizen’s rights, what about the millions of EU citizens, and other foreigners for that matter, who pass communications to Sweden? The government body, subordinate to the Ministry of Defence, will spy on them and possibly their Swedish correspondents with no respect for their individual liberties. Even the former head of the Swedish intelligence agency said he was shocked by the lack individual rights protection.

Yet, the European Convention for the Protection of Human Rights and Fundamental Freedoms protects the respect to one’s privacy along with the freedom of communication and covers all EU member states, Sweden included. In addition, this law obviously undermines the EU’s commitment to promote individual freedoms across its interior borders as well as its painful attempt to become a true political community. Instead of keeping EU citizens under surveillance, Sweden should treat them the same way it treats Swedish citizens, particularly when it comes to fundamental freedoms.
Now the question is: will the EU leaders, especially the European Parliament, remind the Swedish government of the principles underlying its EU membership?

Photo on Flickr by xjyxjy under Creative Commons License.