Facing the Crisis, the European Union Should Imitate Obama’s Reliance on New Technologies to Bring About Change 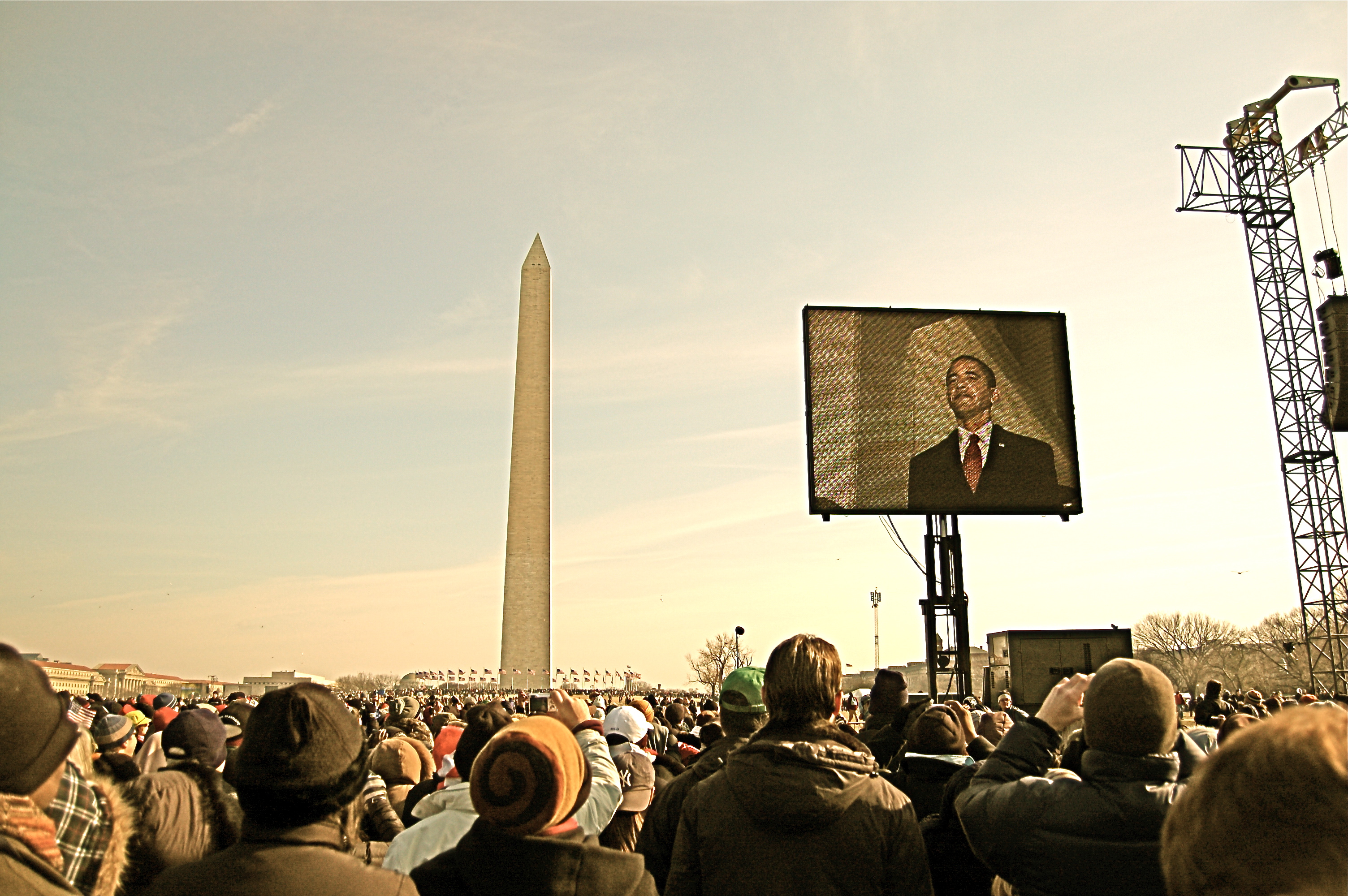 Determined to act swiftly to pass an $825 billion stimulus package, US President Barack Obama used his weekly address (on a revamped whitehouse.gov website) to give more details about this recovery plan. As it stands now, the proposal includes public spending programs in three high-tech areas :

House Democrats and Obama’s economic team, who conjunctly designed the stimulus package, see these investments in digital technologies are an enabler for economic gross.

Barack Obama himself, whose campaign received important financial and political support from the high-tech industry, is widely perceived as having a sound understanding of the many challenges our societies face as they enter the digital age. As a matter of fact, Obama outlined on several occasions the importance of investing in next-generation broadband infrastructure to maintain the United States global competitiveness.

So it is no surprise that the stimulus plan includes provisions aimed at implementing the new President’s agenda in the field of new technologies. According to studies released by Obama’s aides, the economic impact of such measures is very significant. Current estimates quoted by the International Herald Tribune evaluate that the $30 billion investment could create up to more than a million jobs (see article). John Irons, an economist and research director at the labor-oriented Economic Policy Institute in Washington argues that « The jobs involved do tend to span the spectrum of skills and income levels. And they are not going to be outsourced offshore”.

Moreover, investing in next-gen broadband lines will provide the US economy with a fundamental infrastructure for the trading of goods and services in the 21st century. Perhaps more importantly, it will ensure that the United States remains a prominent player of the knowledge economy, spurring innovation in the Information and Communication Technology (ICT) sector. Most American opinion leaders now seem ready to agree on this. As Blair Levin, a former senior official at the Federal Communications Commission who was a technology policy adviser on the Obama transition team, puts it in the same article : « The appeal of these kinds of investments is that you not only get the stimulative effect but also build a platform for productivity gains and long-term growth”.

But as IBM’s CEO Samuel Palmisano pointed out in a recent Op-Ed in the Wall Street Journal, the effect of such public spending could go far beyond mere economic objectives. They can have a long-term, transformative impact on the American society.

To be sure, new technologies are seen as a catalyst for the change Barack Obama relentlessly advocates for. In the stimulus plan alone, the introduction of ICT does not only drive healthcare costs down. For the new American Administration, it also paves the way (as the IHT article interestingly explains) for an upcoming broader healthcare reform aimed at a better costs management and improved patient care.

Similarly in the energy sector, upgrading networks with digital technologies would ensure a better supervision of the power grid. It would help promote renewable sources of energy and change consumers’ behaviors thanks to a better pricing system, which are both crucial aspects of any renewed energy policy.

Lastly, investing in broadband lines will grant internet access to more US citizens, thus filling the digital gap and taking on an issue that Bush once promised – but failed- to address. This will eventually foster Barack Obama’s commitment to revitalize the American democratic process by granting everyone access to many more informational resources and increasing both transparency and interactions between the Government and the people (using tools and methods that have largely contributed to the success of the Obama campaign).

European Union leaders, and notably French President Nicolas Sarkozy, have taken pride in the leadership displayed by the bloc’s quick reaction to the financial crisis, early last fall. But now that the crisis is rapidly spreading to the real economy, the EU’s lack of unity around a common strategy is unfortunate. If long-term challenges such as climate change are somewhat addressed by national recovery plans, inspired by EU environmental regulations, they neglect any significant public investment in new technologies.

As a sign of this lapse, early December in France, local authorities asked the government to initiate a €10 billion program aimed at connecting 90% of the French population to fiber-optic internet over the next 10 years (another €20 billion would come from the private sector, while contributions from local authorities themselves would amount to €10 billion). The Government declined to put the money on the table, arguing that more time was needed to assess whether public intervention was needed (which is likely if optic-fiber deployment follows the same pattern as broadband).

Overall, the EU member-states’ lack of serious commitment to investing in new technologies as a way to prepare the European society to the 21st century sounds like a rebuff to the its project of becoming a leading player in the global knowledge economy. A recent European Commission report showed that the EU is still way behind its main contenders in terms of innovation. Yet, it appears that European governments are unable – or unwilling – to seize the opportunity of the current crisis to invest in new technologies, following the US example. This lack of vision might have unlucky consequences on the long-run, as Europe could fail to sufficiently sustain its economy in these difficult times and fall flat of harvesting the benefits that digital technologies will bring in other key policy areas.

UPDATE (31/01/2008): As I was writing this post, the European Commission officially announced the reallocation of €5 billion for energy security, wind energy and broadband, in support of the EU Recovery Plan presented in November. Although only €1 billion will eventually go to broadband infrastructure projects in rural areas, this measure, if approved by the Council, shows a strategic commitment to new technologies on the part of the Commission. The sum is small, but it reflects an unpretentious EU budget (which is more of an institutional matter) rather than a lack of political vision. Member-states could do more to achieve the strategy laid out by the Commission in the field of digital technologies.

In addition, in the UK, an interim governmental report released this week recommends drawing up a plan for a universal service system that would guarantee every home can get 2Mbps by 2012 (something the European Commission is also considering), as well as regulatory measures aimed at boosting next-gen networks deployment. However, the report has its drawbacks, since it also considers implementing a France-inspired « three strikes » legislation to fight internet file-sharing (see NYTimes article on the report) – it also contradicts UK’s intellectual property minister recent statements.