The European Parliament to Advocate Media Pluralism and Blogging Transparency

This in-depth article by EUobserver journalist Leigh Phillips comments on a draft report of the European Parliament’s Culture Committee about concentration and media pluralism in the EU. It was adopted by the Committee on June 3rd and the report will now be submitted to the plenary assembly within the next few weeks. As stated by Phillips, 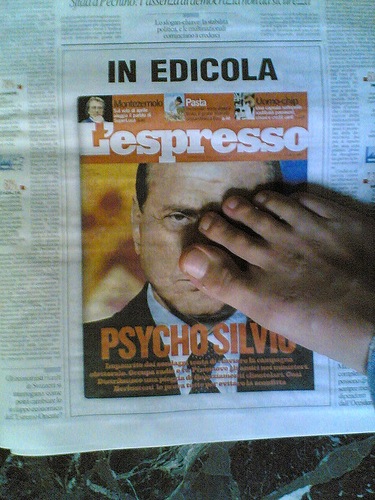 for the commission to ensure that regulations governing state aid not be used to undermine public service media.
The report also tackles the very latest new media developments – the ever-expanding blogosphere and increasing use by news organisations of user-generated content such as mobile video. In order that existing profession producers of content not be undersold by freely delivered but poorly produced content, the report recommends the payment of fees for use-generated content. In this way, producers or publishers would choose which content to purchase – professional or amateur – not based on which was cheapest, but which was of the highest quality.
Ms Mikko (the rapporteur) also worries that who the authors of weblogs are is not always made clear to readers, and that there are regular concerns regarding the impartiality and reliability of blogs. What is the legal situation of bloggers regarding source protection? Should they adhere to journalist ethical codes? Where is liability assiged in the event of lawsuits?
As a result, the MEP also calls for a clarification of the legal status of weblog authors and wants to see a disclosure of interests and the voluntary labelling of weblogs. Interestingly, the UK’s National Union of Journalists new media section – who recently signed up the world’s first unionised professional blogger – is currently drafting a voluntary code of conduct for bloggers that can be applied as a widget on any blog, similar to a ‘fair trade’ sticker on a bunch of bananas or packet of coffee. (Emphasis added)


Providing a status to bloggers represents a novel approach and could spark off much controversy, depending on what exactly is proposed. So far the report argues that such labeling would improve transparency by disclosing the « professional and financial responsibilities and interests of (blogs’) authors and publishers« . In spite of this regulatory stance, it is worth noting the report clearly recognizes that blogs now constitute an essential contribution to media pluralism.

In the meantime, concerns over media independence are also growing in France (see previous post). Currently in the middle of a debate on constitutional reform, the French Parliament is considering whether or not there should be a specific article in the Constitution guaranteeing media pluralism. Yet, the First article already stipulates that France is a democratic Republic. I personally think these two words suffice to give lawmakers the power to do whatever is necessary in order to maintain a diverse, healthy media landscape. They should let the Constitution determine ideals and use the Law to draw necessary principles from it.

Nonetheless, a quarter century after media deregulation, these political moves are additional signs that the media are entering a new era.

Photo on Flickr by MatteoBertini under Creative Commons License.